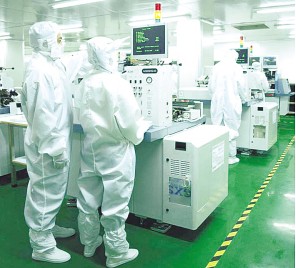 Qinshang Optoelectronics High Power LED Chizhou Industrial Base Project, settled in Chizhou Economic and Technological Development Zone, plans to invest a total of 800 million yuan, and is implemented by the domestic LED leading enterprise Dongguan Qinshang Optoelectronics Co., Ltd. and Anhui Runlei Investment Management Co., Ltd. The project is divided into three phases. It is estimated that by 2015, the annual production capacity of 600,000 LED lamps will be formed, with an annual output value of 2.5 to 3.5 billion yuan and an annual profit of about 500 to 800 million yuan.

Dongguan Qinshang Optoelectronics Co., Ltd. is a state-level high-tech enterprise. It is a member of the China Semiconductor Lighting Technology Standards Working Group and the chairman of the Guangdong LED Industry Alliance. It has a total area of â€‹â€‹300,000 square meters and the largest semiconductor lighting products in Asia. Production base. After the completion of Qinshang Optoelectronics High Power LED Chizhou Industrial Base Project, it is expected to become the most powerful large-scale semiconductor lighting production base in Anhui Province and even in the central region, and accelerate the formation of Chizhou LED industry cluster.