The reporter recently found that since last year, the total number of Osram Foshan factory personnel has decreased by 10% compared with the end of last year. After the workshop workers naturally lost, they no longer replenish their posts, and some departments even disbanded overnight.

Insiders revealed that the OSRAM Foshan plant began to â€œslim downâ€ from the R&D front end, and then slowly extended to the production workshop staff to reduce it to the final closure. The â€œslimmingâ€ idea is clear...

On June 27th, Osram (China) Lighting Co., Ltd. responded to the question of â€œslimmingâ€ doubts and the future direction of Foshan factory. The default is that there has been personnel optimization and restructuring in the past year, but it is emphasized that Foshan plant will still be the future development strategy of OSRAM. the key of.

Loss does not make up the post, naturally "slimming"

At the end of last year, lighting giant Osram announced that it would lay off 4,700 people worldwide and gradually phase out old technology. It is clear that this move is due to the gradual decline of the traditional lighting market and the rise of LED.

â€œAccording to past practice, even in the 2008 financial tsunami, the OSRAM Foshan plant did not lay off employees to reduce costs.â€ At the end of last year, OSRAM announced that in order to save 1 billion euros to start layoffs, engineers at the OSRAM Foshan plant energy-saving lamp workshop A Tao (a pseudonym) once said to his friends very well. However, half a year later, one rumor was confirmed.

â€œThe orders for traditional lighting fixtures are not stable. We sometimes work overtime and sometimes do not work. If there are too many workers, the pressure on the company is great. Only by improving efficiency and reducing labor costs, the products are available on the market. Competitive." Lin Qiong said.

This approach is one of the main ways in which traditional luminaires are currently upgraded. According to an industry insider, the Pearl River Delta has gathered a large number of lighting manufacturers. Some enterprises have turned to LEDs, but some are based on traditional lamps and are still sticking to the energy-saving lamps business. However, the share of the entire market is limited. Under the impact of LED lighting products, we only continue to maintain the market by compressing production costs and upgrading products.

The data obtained by a reporter from a HR at the OSRAM Foshan plant is that as of June this year, the number of employees of the company was 4,000 at the beginning of last year, and it was 3,700 at the end of last year, but currently only 3,500. "There is a small number of direct layoffs, and more is to let employees lose naturally and not to replenish," said the HR, who asked not to be named.

In an era when the stability of general workers is not high, it is a good way to allow people who are â€œonly going outâ€ to lose naturally.

In 1995, Osram (China) Lighting Co., Ltd. was completed. After 18 years in Foshan, the plant's current productivity ranks first in the Asia-Pacific region in the Osram global map, second in the world, second only to the United States.

At the end of last year, OSRAM announced global layoffs. This traditional lighting production base located in Nanhai, Foshan, has long been rumored before the announcement of â€œreduction of employeesâ€.

The dissolution of the 100-person department overnight caused a lot of discussion inside the OSRAM Foshan factory, but this department, which was considered by some employees to be â€œa bit idleâ€, was more interpreted as a normal adjustment of the companyâ€™s internal organizational structure.

A deeper interpretation appears after the new leadership team takes office. In October last year, the new leadership team of Osram (China) Lighting Co., Ltd. headed by Ai Xiaoming officially took over the management of the Foshan factory from the previous German CEO. A localized team means that OSRAM is paying more attention to the Chinese market. When Ai Xiaoming came to power, he immediately launched the â€œPIPâ€ performance improvement plan.

These instructions were later considered by many employees to be three hundred and two without silver. At the same time, OSRAM announced the construction of a new LED factory in Wuxi.

"The various meetings or materials inside the company indicate that the traditional lighting market is shrinking, and the company will increase its investment in LEDs," said Li Wei (a pseudonym) of the Quality Management Department. Under a series of signals, internal employees have speculated on the fate of the Foshan factory, and various rumors began to emerge.

The "slimming" situation began to clear in May this year.

Before the departure of Ashi, who officially resigned in April this year, she specially inspected this round of slimming with her colleagues. â€œThe main reason is the engineer of the R&D department of energy-saving lamps.â€ In this regard, Osramâ€™s insiders estimate that the number of layoffs of engineers in the R&D department is about 20%.

Since this round is a slimming of the engineer level, many people are transferred to other departments in the actual adjustment, so the number of substantial layoffs is not much. But the problem is that the reduction in the level of engineers is often far-reaching.

"Even if there is really a layoff in the end, there will be no announcement within the company." Li Wei told reporters that the Osram Foshan factory has never given an official statement about such incidents. From the dissolution of the Machinery and Equipment Department last year to the different levels of â€œslimmingâ€ of various departments this year, the company's internal staff can be sure that the slimming of the Foshan plant is a foregone conclusion.

According to industry insiders, the 10% employee turnover rate is in the normal control category. Before that, local companies such as Midea also improved their efficiency through slimming.

Ai Xiaoming, CEO of Osram (China) Lighting Co., Ltd., who was newly appointed last year, told the media that although Osram will lay off 4,700 people worldwide, the Chinese factory will not lay off staff and will increase staff. It is clear that it will continue to invest in Foshan's production base. The Osram Foshan plant has grown from 1995 to the present, mainly producing energy-saving lamps and car lights. The two businesses will remain basically the same, but the OSRAM plan will bring many other countries. The production line was transferred to Foshan for production, including the new LED production line.

In the internal magazine of OSRAM, how the Foshan factory â€œturned aroundâ€ was frequently concerned. Some employees asked, Foshan is the base of Osram China, but the traditional lighting business has gradually declined, how to ensure the growth of business?

The management of OSRAM responded that if we can continue to have the best productivity in Foshan and continue to provide products to our customers with the best efficiency, in OSRAM's territory, management will select the best operational efficiency and best cost. The mode of the place is an important production base. This refers specifically to solid-state lighting, such as LED lighting products.

In fact, it can be seen that the dissolution of the 100-person department of the Foshan factory and Lin Qiong mentioned the reduction of people and efficiency in the production line of the workshop, precisely in pursuit of â€œbest operational efficiency and best cost model.â€ Compared with the factory, Foshan's original equipment and workshop processes still have room for improvement.


Coupletech's Optical Crystal combined with our wide experience and deep technology, we are able to deliver the optimum solution for your applications. We are flexible in customized products and features in high surface accuracy, high surface quality, high flatness. We are also well experienced in the high laser damage threshold AR coatings and HR coatings. 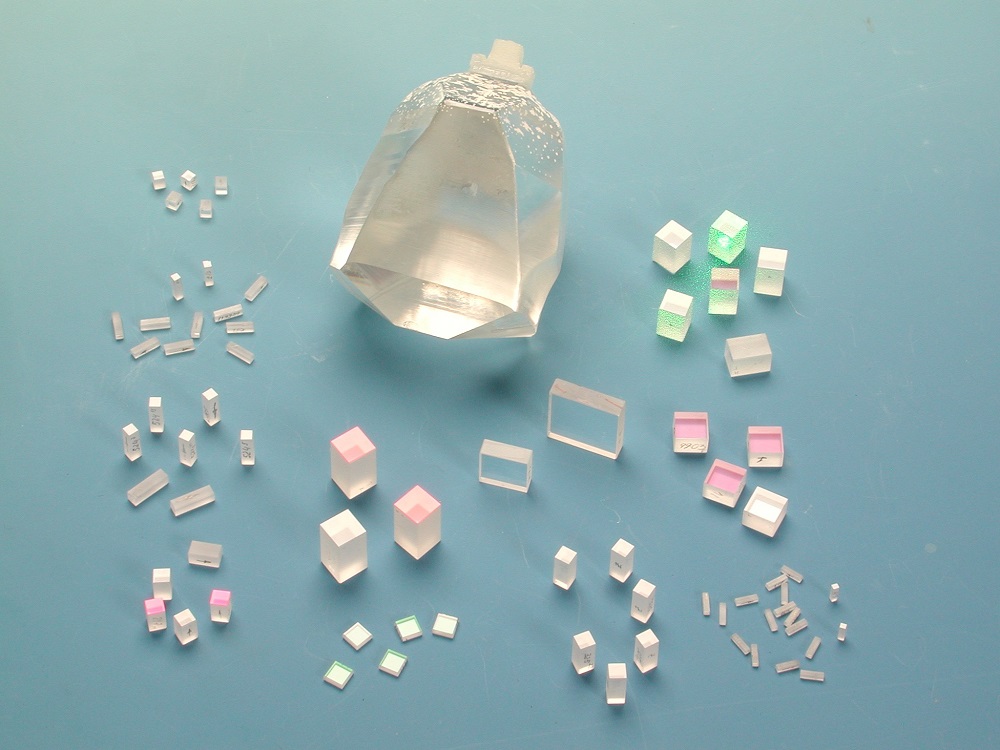