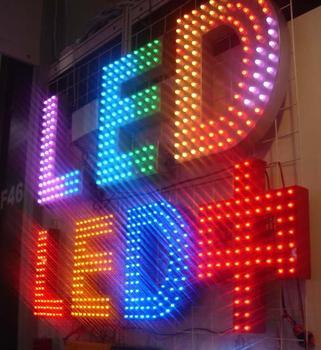 How to save energy in LED displays, I believe that more and more people in the industry are already well aware of nothing more than high-brightness LED lamps, driver ICs, switching power supplies, product power design, intelligent energy-saving system design and structural energy-saving design These aspects are being implemented. It is true that how to find the best balance in these areas can achieve the best LED display energy-saving effect.

But I do not know when, do not know what the reason, perhaps in some manufacturers of intentionally or unintentionally respected, the concept of high energy consumption has been quietly "high brightness" blurred or even replaced: at the same cost, the display screen The higher the brightness, the more "energy-saving", the more value-added, and gradually become their superior value-for-money advantage feedback to customers.

In fact, in order to achieve a good energy saving goal, excessive pursuit of high brightness is a departure from energy conservation. Below, we analyze the potential relationship between "high brightness" and "high energy saving."

At present, the most popular 12,000cd/m2 high-brightness LED lamps in China are basically large-sized LED chips. This large-size LED chip is commonly used by most LED display manufacturers as the mainstream of the market, and there is no core technology at all. As is well known, the brightness of the LED screen is proportional to the driving current of the LED lamp. The brightness of 12000cd/m2 is nothing less than increasing the driving current of the LED lamp. However, the physical characteristics of the LED lamp will be unavoidable: High-brightness LED lamps must be accompanied by high attenuation and low stability. High attenuation is not conducive to the long-term use of LED display requirements, but also will become excessive defects in the pursuit of high brightness, and this congenital defects will all the time, multiplier effect as the damage to the life of the LED display and the screen effect.

Taking the highlighted PH16mm display as an example, the technical parameters of this high-brightness LED lamp show that the brightness of 12000cd/m2 will be severely attenuated to 8000cd/m2 within 1.5-2 years, and its annual attenuation rate will be more than 20%. Some irresponsible manufacturers claimed that the brightness still reached 10,000 cd/m2 or more after two years of publicity. Consumers bought this screen. Even after two years of rapid decay, they suffered from the fact that the contract had been fulfilled and the complaints were gone. The door. In fact, consumers can use a very simple way to verify, is to look at a few high-brightness display that has been running for more than 2 years, and use more than 12 hours a day. What's more serious is that after the brightness has dropped from 12,000cd/m2 to 8000cd/m2, the high operating current has not changed, and the brightness decay rate will be even more doubled, resulting in several times faster decay speed and high attenuation. Display. Moreover, in the vicious cycle of brightness decay, it is impossible to meet the requirements for long-term use.

From this point of view, the value of over-highlighting in the market is not meant to lead the technology in terms of LED display manufacturing technology, but is a high current and high brightness that is sacrificed at the expense of display life. On the contrary, it is inevitable that people will be saucy and overwhelmed.