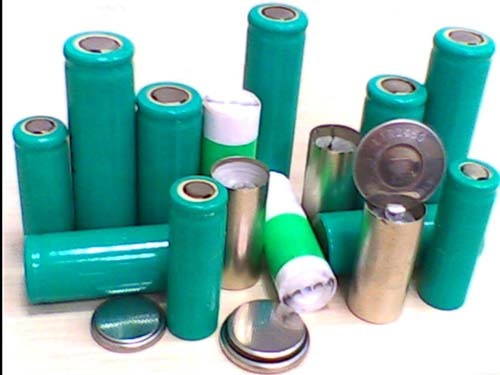 "In the first half of 2014, driven by the rapid growth in the production of electric vehicles, China's lithium-ion battery industry maintained a steady growth momentum. In the first half of this year, the output was close to 2.2 billion, and the lithium-ion battery import and export surplus reached 670 million U.S. dollars, an increase of nearly 10% year-on-year. % and 40%.â€ Yu Xuesong, a researcher at the SIDI think tank of the Ministry of Industry and Information Technology, said at the 2014 China Electronic Information Industry Forum recently held that in the second half of the year, under the stimulation of policies, Chinaâ€™s electric vehicle production will maintain its rapid growth. The demand for power-type lithium-ion batteries will increase rapidly, while the gradual increase in the capacity of single-cell batteries will promote the steady growth of the consumer-type lithium-ion battery market.

In February, four ministries announced the list of the second batch of demonstration cities for new energy vehicles, and at the same time reduced the rate of subsidies for electric vehicles. Various pilot cities have issued detailed implementation rules and a series of policies have been introduced one after another, which has greatly stimulated the electric vehicle market in China.

As China has increased the technical support for lithium-ion batteries, China has gradually formed an innovation system integrating production, education and research. In the first half of 2014, breakthroughs in lithium-ion battery key technologies began to accelerate, and the industrialization process continued to accelerate. In terms of cathode materials, Tianjin University successfully developed high specific energy fluorinated graphene lithium battery cathode materials, and Jieshen developed a water-soluble cathode slurry dispersant that will reduce the cost of lithium-ion battery production. In terms of diaphragms, the first wet diaphragm production line in Liyang, Hunan, and Nanyang New Lithium Battery separator are expected to be put into operation in the fourth quarter.

At the same time, under the stimulation of national policies, the development of lithium-ion batteries in China began to accelerate, and some companies began to become active in order to improve the industrial chain, increase market competitiveness, and increase capital operations. The first is to open up the entire industrial chain and achieve upstream and downstream integration. More typical of A123 and Fisco, which have successively acquired the United States, built the entire industry chain of electric vehicles. The second is to expand the scale and enhance the market position. The most prominent is that Tianqi Lithium intends to acquire Galaxy Lithium and Tellison's equity. The third is to take advantage of the layout, involved in the lithium-ion battery industry, such as Xinke materials 120 million yuan shares Tianjin Li Shen to enter lithium.

In addition, industry leading companies have accelerated the pace of transformation. Tianjin Lishen intends to invest 6 billion yuan to build lithium-ion power projects in Wuhan, and Suzhou and Qingdao power lithium-ion projects will start. Enterprises in other fields also began to engage in lithium power. Ruiheng Group announced that it will invest 10 billion yuan in the construction of a power lithium battery base in cooperation with China Shenzhou Judian and China Huaxia. Multinational companies increase their efforts in layout. Samsung SDI plans to invest 600 million U.S. dollars in Xiâ€™an to build Chinaâ€™s largest power battery base.

It is worth mentioning that from the situation in the first half of the year, as China has increased its input in key materials and technologies such as separators, lithium hexafluorophosphate, power management systems, power battery groups, etc., domestic materials and lithium-ion battery The process of industrialization has been speeding up, and at the same time as the production cost has been reduced, the domestic matching capacity of lithium-ion batteries has been continuously improved and the international competitiveness of China's lithium-ion battery industry has been enhanced. It is estimated that in 2014 China's cathode material can basically meet the needs of the domestic market, the self-sufficient rate of lithium hexafluorophosphate is expected to reach 40%, and the self-separation rate of the separator will reach 30%.

FGI `s Distribution Transformers have the characteristics of low empty load loss and low operating cost. The positioning and connection of the body is firm, so the effective protection of  Distribution Transformer is greatly enhanced. The overall structure is superior, the electrical performance is good, and the product reliability is high. The National Transformer Quality Supervision and Inspection Center passed all the tests for FGI `s electricity transformers including short-circuit withstand capability. The type of transformer contains Oil Immersed Power Transformer and Dry Type Transformer.